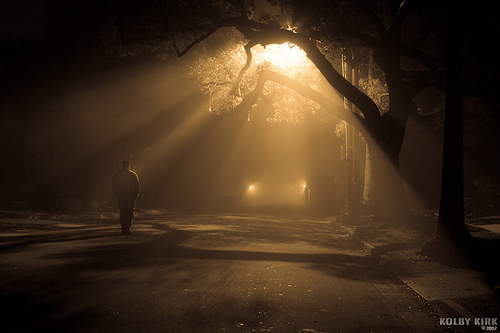 It’s easy for a person with PTSD to become re-traumatized. I didn’t believe this when my therapist told me. Probably because when catecholamine levels are high, you just feel numb. After a long time of numbness, nothing is surprising, nothing is exciting, and nothing is scary. I thought being re-traumatized was impossible.

When catecholamine levels are low, life feels more normal. But a person with PTSD – it seems to me – is susceptible to spikes of these hormones and goes through the whole numbing process all over again.

In early September during EDIT training, I worked on feelings of insecurity. EDIT (TIPI) helped me come out of a state of numbness, or dissociation. For a while I was full of energy, and feeling more present and connected to my surroundings than I had in 12 years. I felt excited again and looked forward to spending time with friends.

Though, when one’s potential is greater, there is more height from which to fall.

Less than a month later, the World Trade Center national health program called. The representative apologized that someone else’s personal information had been FedExed to my address twice. And then she told me I had to answer a questionnaire about what happened back in 2001.

“What?!” I responded. “I already completed a questionnaire.”

“We don’t have it,” she explained.

“I was enrolled in the New York City program in 2011. Why do I have to answer more questions?”

“I’m sorry. We need this information in order to certify you.”

Certify me? Are they going to emboss me with their seal? I thought people who ran these programs were smarter. I didn’t even have to fill out their program application to be enrolled in the first place, because the national program was an addition to the program in New York City. I didn’t have to send them any paperwork, because the HHC in New York sent it to them. How the hell do they think I got into the program in the first place? They should have called New York for the questionnaire.

Later in the week, another lady from the national program called to fill in their missing information.

They were the same damn questions I had to answer when I first enrolled in New York City. The difference is, back then I had no idea I had PTSD, let alone what it was. This time, I had been healing from it and making progress. Answering the questions put me giant steps back.

If anything positive came from this phone call, it’s remembering how much there is to my story, how many tears come with telling it, and how important it is to share it and heal wounds. The September 11 tragedy affected the world. But some had no choice but be in the midst of it – people living in, working in, or visiting New York City, Pennsylvania, or the Pentagon.

The woman on the phone asked, “Was the place where you lived in the dust cloud from the World Trade Center disaster area?”

“How long was the place where you lived in the dust cloud from the World Trade Center disaster area?”

“Did you have any respiratory problems during this time?”

“Yes. My roommate and I blew black out of our noses. Then I had bronchitis for six months.”

“Did you receive any assistance for living in the World Trade Center disaster area?”

At that moment, the world caved in again. I felt my mind freeze as it does in overwhelming moments. But unlike a normal mind that recovers with a short break, more than three weeks has passed and my mind is still somewhat disconnected from reality. I tried EDIT again. It helped a little.

I am back in the virtual fog.