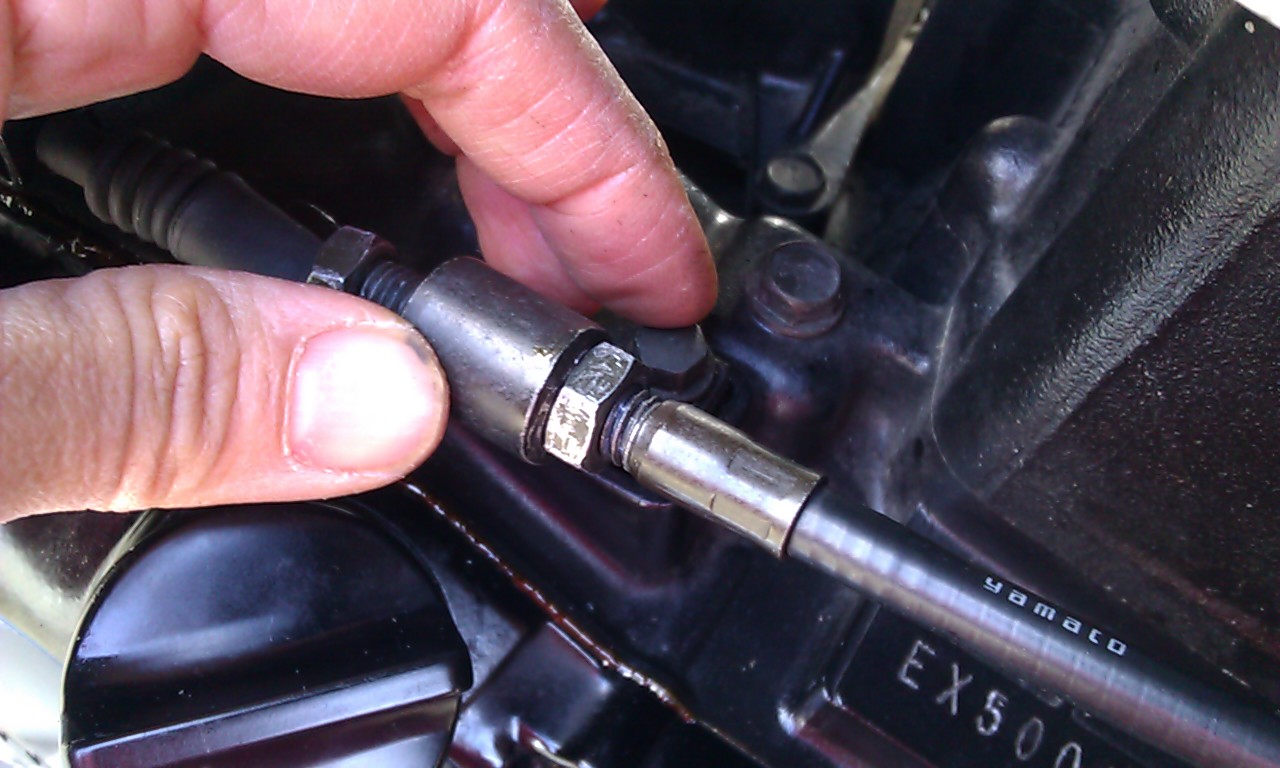 You might think that spending $2,200 on a 7-year-old motorcycle would get you a decent bike. Jessie is a great bike, but she came with issues. At one point, I was afraid she was a lemon. Fortunately, the transmission was not the cause of shifting difficulty. Unfortunately, she needed work on the clutch.

Like most modern motorcycles, Kawasaki’s EX500 has a wet clutch (that is, lubricated with oil, allowing riders to “ride the clutch”). The oil that is used to lubricate the clutch is the same oil used to keep the engine’s pistons from getting charred. Because of this dual duty, most motorcycles require “motorcycle oil”, or engine oil with added minerals to give the clutch plates their smooth engagement/disengagement. Unless your bike’s engine is tuned to race, it requires standard oil. Higher SAE grade synthetic oil is not necessary, and sometimes not recommended.

Synthetic oil is certainly not recommended in the EX500. And that is what the previous owner put in the Ninja. Needless to say, there were problems with it. Maybe they occurred because San Francisco is cooler than Sacramento where the Ninja lived before. Within 400 miles of riding, shifting became hard. It got to a point where I had to slam on the shifter to get it to change gears. With only 19,000 miles, clutch replacement seemed ludicrous. But it’s congruous with what my tire guy noticed, that the sprocket looked over-worn as if the dude popped wheelies a lot.

I took off the crankcase cover and found the clutch plates worn and warped.

When the friction plates of a clutch are shiny, they are bad.

Even worse, the fingers on clutch basket were indented and showed marks.

Replacing the clutch basket on a Ninja requires that the entire crankcase bottom be removed, which requires engine removal. Perhaps a bad choice, I only replaced the plates and decided to chance it with a crappy basket. At least I won’t be doing wheelies.

After everything was put back together, and standard 10W40 motorcycle oil filled the engine, Jessie shifted like new. Hopefully that will last at least until the chain and sprockets get replaced. *Sigh. Another issue.