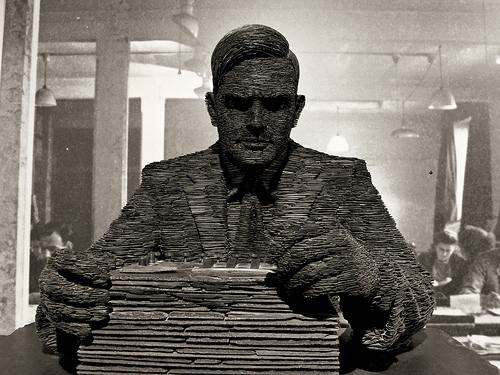 As if the fogginess in one’s head isn’t enough to make post-traumatic stress disorder difficult to live with, there are also issues with basic functioning or being able to maintain enough concentration to complete tasks, even as simple as washing dishes. The term “shell shock” is well-attributed to how one looks while impaired by PTSD. The mind, having been conditioned by facing yet another trauma, cuts off neural connections to cognitive parts of the brain becoming stuck in a mental netherworld.

I first noticed my shell shock at my last job at McGraw-Hill Education. I was working on a task for which I volunteered, building a system for IT-ignorant colleagues to enter data and be able to output it into different forms. It was interesting work. Yet I would sit and stare from seconds to minutes before realizing I had zoned out. Sometimes I could remember where my mind went and sometimes I couldn’t. Once I lived in my mind for what must have been 20 minutes only to wake up at my desk having accomplished nothing. When people apply for disability benefits for PTSD, this is one of symptoms that makes it impossible to hold a job.

It has been six months since sitting at a desk, lost in another world. I still find my mind wandering, but manage to catch myself quicker.

What Happens to the PTSD Brain?

I imagine what happened in my brain as this: Because I had PTSD for ten years before knowing it, I learned to live in the world by reacting to situations with fight or flight through my amygdala, instead of using the cognitive part of my brain. I was combative and hypervigilant and always on edge. I lost friends, avoided strangers and acquaintances, and behaved irrationally in common scenarios like at checkout in a store.

How To Fix the PTSD Brain

Now that I am aware of what my mind has done, I have to strengthen and rebuild neural connections that went dormant or died during those ten years. The fog in my brain is like the collection of those disconnections. It’s a traffic jam in my brain. Instead of reacting through my amygdala, neurological signals must find a pathway through the cerebral cortex in order for me to behave rationally. I am re-routing my brain. This is hard work.

Then of course there is motorcycle riding. I can’t say that riding in itself helps repair brain injury. But it is no doubt therapeutic in that the rider connects to his machine, becoming one with it and the road, and directing its course. One guy from the Bay Area Riders Forum says the nurse at the Veterans Hospital knows when he arrives by motorbike by his healthy blood pressure. Any other mode of transportation raises his. I think for me racing would probably beneficial to cognitive function.

These days my job is to improve my ability to concentrate so that I can go back to work and maybe get a real job. I’m grateful for having people in my life who love me and are helping me while I wait to receive disability assistance. I will probably return to work before I get my first payment. Go figure.