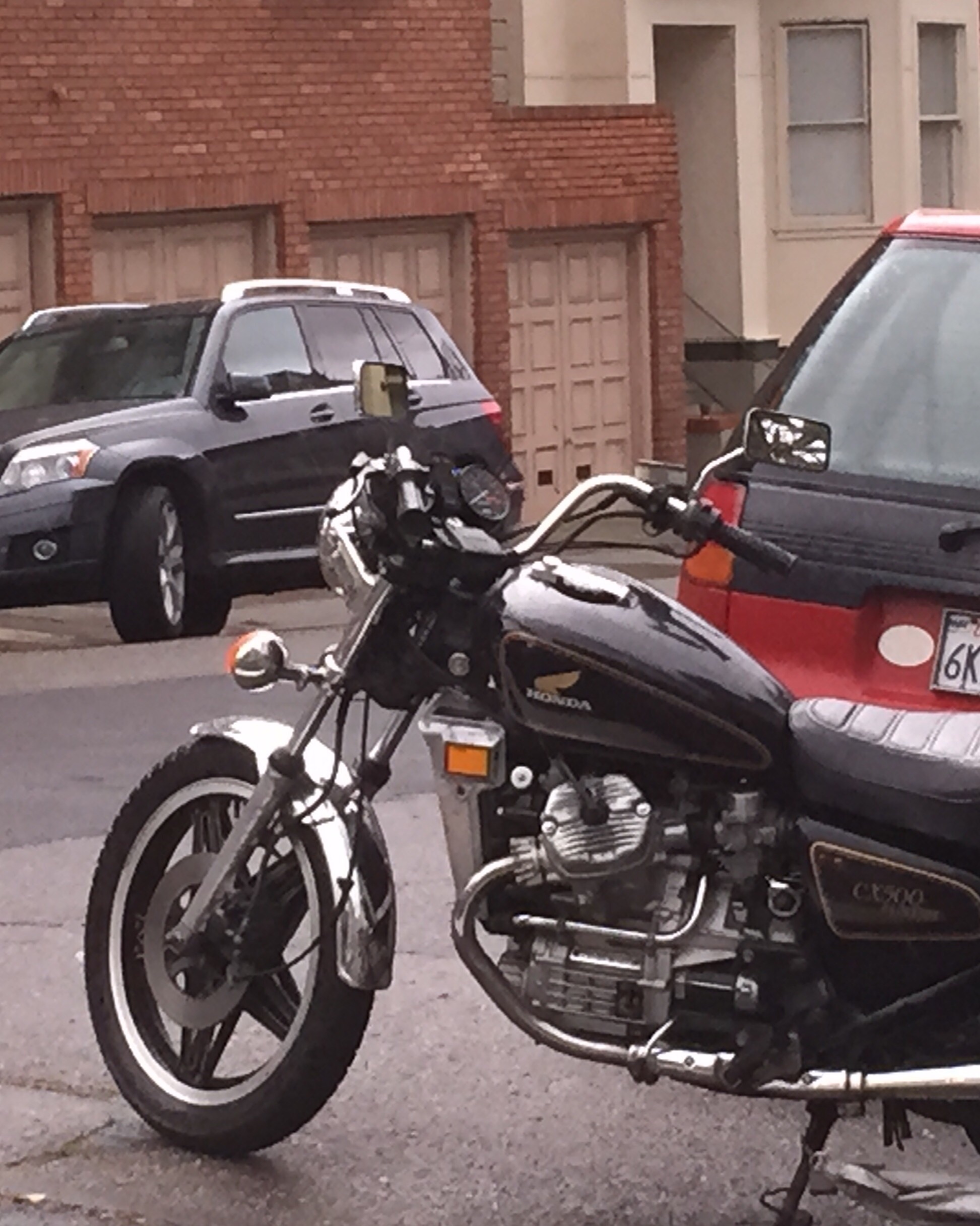 Why do Bay Area riders insist on parking their motorcycles with the handlebars turned to the right? While browsing Craigslist ads for a new ride for me, I’ve seen image after image with bikes’ handlebars turned unwisely to the right. This is absurd and stupid. I said it. It’s stupid. Why? Let me explain.

First, a question: which shape of all geometric shapes is the strongest? Answer: triangle. The trapezoid is also strong, but if you extend the slanted lines of the trapezoid toward each other, guess what it makes? A triangle. Triangles are the bases for sound structures. Just look at all of the earthquake-resistant retrofits in buildings. They contain the hypotenuses of triangles.

Now, some triangles are stronger than other triangles. An equilateral triangle is the strongest. An acute isosceles triangle with an angle less than 60 degrees is not as strong. Why? If you had a three-legged stool, you would want the legs touching the ground to form an equilateral triangle. What happens if you bring two of the legs closer together creating a more acute isosceles triangle? It becomes more unstable and likely to tip if you sit on it. Of course, there is also an element of center of gravity, but let’s not complicate things.

When you turn the handlebars to the right, the point where the front tire touches the ground collapses the triangle, making it narrower and more unstable. Turn the handlebars to the left and observe what happens to the point where the tire touches the ground. It moves out, widening the triangle and making the standing bike more stable.

I know I’ve written about this before. Thanks to being used to hypervigilance from PTSD, I’m saying it again. C’mon, Bay Area riders. Smarten up a little.