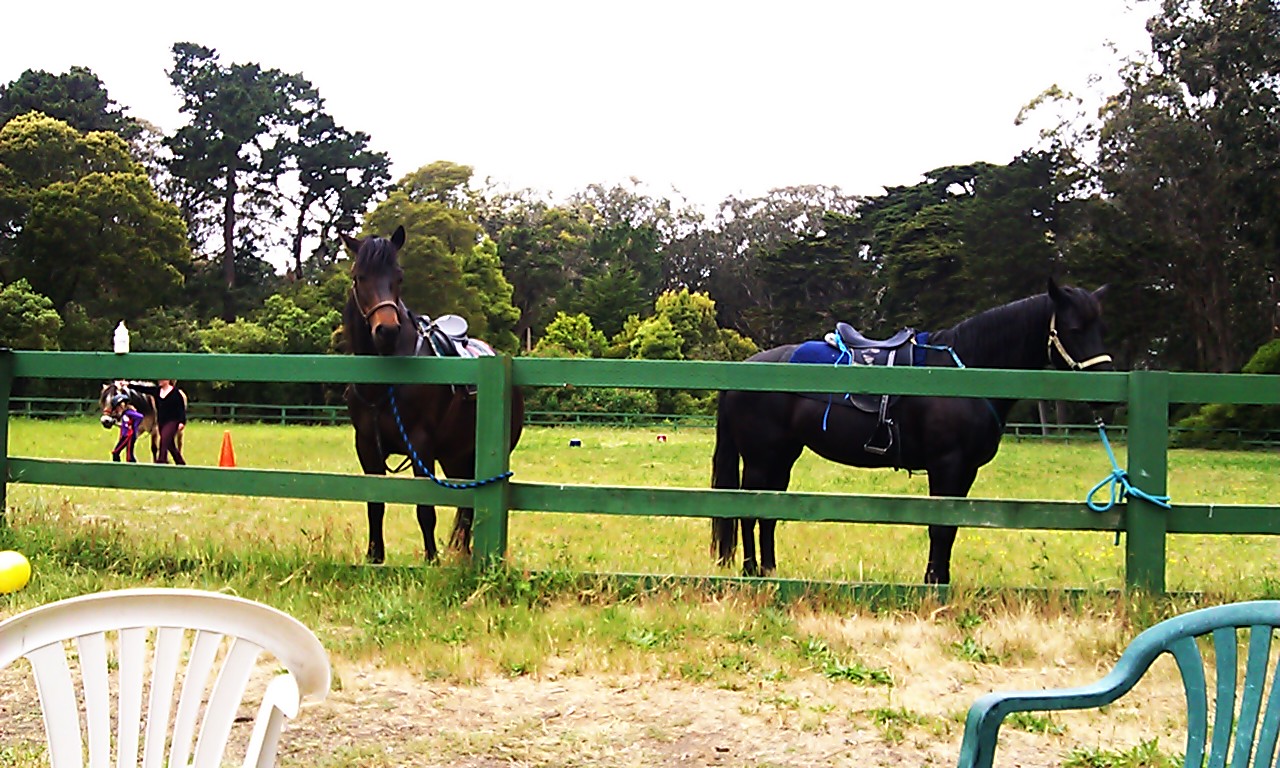 Some things that are mentally beneficial are things a person straddles. I’m talking about motorbikes and horses. (Not being dirty!)

New York City’s distractions can prevent a person from healing mental and emotional ills. San Francisco also has city distractions but they’re not as intense as New York. Its population is not as dense. This makes riding motorcycles more fun, not to mention that lane sharing is tolerated. In fact, some drivers in the SF Bay area will even make way for a bike to pass through. How cool is that?

In zen fashion, a motorcycle rider becomes one with his “horse”. He is pressed by the dangers of the road to maintain focus. He concentrates when decisions must be made and keeps balance using his body to maneuver around obstacles, hundreds of pounds in motion at his control. At his destination, he lets his mind relax gaining perspective on life’s problems and perhaps finding solutions for them.

For motorcycle riding, choosing to be in San Francisco was a great decision given the year-round, daily riding weather. (I ride in the fog and rain, too.) And in a few short minutes, I can cross the Golden Gate Bridge and be in the warmth and sunshine of Marin County braving twisties by the coast or sweepers on a highway.

What I wasn’t expecting in San Francisco was a different kind of ride: horseback.

A conversation with a waitress at Tal-Y-Tara tea and polo shop on California Street in the Richmond district led to talking to the shop’s manager who told me about The James S. Brady Therapeutic Riding Program, a Saturday equine therapy program. This program is free to children with developmental disabilities and is opening up to veterans with PTSD.

It had been a rough week; I had finally realized I was unable to return to the same kind of job I left a few months before. I was on the verge of tears every waking minute and seeking help from every possible source. Tears welling up, I managed to get out, “I have PTSD from 9-11.” I don’t remember exactly how the rest of the conversation went, but every day I thought about horses and getting involved with this program.

A month later, I was at the Bercut Equitation Field at Golden Gate Park signing up to be a volunteer. The Brady program is run completely by volunteers through donations. I had not been on a horse in 9 years, and had not galloped in over 16. Everyone else seemed to be familiar with how to work with horses, which squashed my pride and confidence down to a minimum since I had forgotten much.

Since I had just signed up, I had no assignments, but someone passed on to someone else about my background.

“You,” the woman directing the program and teaching the children how to ride pointed at me. “Grab a helmet. You’re getting on.”

The Therapy of Horses

Doctors told Ronald Reagan’s press secretary, Jim Brady, that he would likely never walk again after being shot in the head by Reagan’s would-be assassin. With hope he got on his horse and his rapid recovery astounded neuroscientists.

A mounted rider must move with the horse as the horse moves, keeping balance and an erect body position. For a paralyzed person, balance is supported by people who walk on either side of the horse. In places where the rider’s body touches the horse, the horse’s muscles stimulate its rider’s nerves, helping to build new neural connections in the brain.

When I got off the horse at the Brady program, my head buzzed as if it had a massage. It wasn’t from the helmet. I felt alert, present, and fully capable of using words. (I struggle more now than before understanding my PTSD to write words and form sentences.) The sensation only lasted a short time. By the end of the day, I found myself struggling again and getting lost in thought. But I was inspired and could not wait to go again.