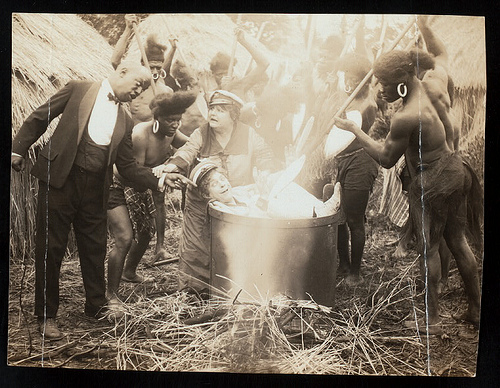 My nightmares are more conceptual than concrete flashbacks. I don’t have them as often as in the past, but when I do, they sometimes wake me up. In the last one I remember, I was chased by zombies. Funny.

A roommate told me that once I screamed in my sleep. I didn’t remember what the nightmare was and hadn’t woken up. Once I remember waking up to the sound of my own shout, again not remembering what happened in the dream.

One of the symptoms of PTSD is intrusive thoughts. Like dreams, I’m not always aware of them. But I know they are there subconsciously, because I feel anxiety set in. My breathing pattern changes and I stare into space. The staring usually lasts a second or two before attending to something present. Sometimes many seconds pass before coming to.

These thoughts as well as flashbacks cause the adrenal system to go to work, releasing epinephrine and cortisol in the brain and setting off survival instincts. The emotional reactions consist of fighting or running away, fear, or numbing. That’s when avoidance also occurs, as well as sensitivity to sensory stimuli such as noise.

A good practice for reducing the anxiety is to simply be aware of it and letting it pass. Even better would be to practice TIPI.

Wednesday was a good day in terms of the frequency of intrusive thoughts. I was focused on writing a speech for Toastmasters, a club focused on building leadership skills through public speaking. I’ve been a member of Toastmasters since Spring 2012, shortly after getting the PTSD diagnosis. Back then, I didn’t know much about intrusive thoughts. Until then, I had kept my mind filled with projects, responsibilities, and ideas. The thoughts didn’t have any effect on my Toastmasters speeches until a few months in when I started having uncomfortably long pauses. In retrospect, I realize they were subconscious intrusive thoughts.

Yesterday, on the other hand, was hard. During my morning coffee, I had a flashback of the World Trade Center and the black gash on the side of one of the towers. It was one of the few times I knew exactly what thought was intruding. I didn’t have much planned that day except for job hunting. No fun speeches to make. No hang time with friends planned. I tried my best to return to the present and enjoy the day.

While walking the dog, I could sense cortisol in my blood and struggled to not stare at seemingly nothing. At one point, I got fixated on a man spraying weeds coming up through cracks in the pavement. He was killing the grass.

When one is unaware of intrusive thoughts, it’s easy to end up in a vicious cycle of fogginess, depression, and self-loathing. These thoughts are the pinnacle of the downward ride of PTSD. When they are subconscious, they sneak in and interrupt a perfectly healthy mindset.