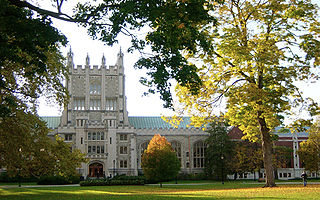 For over a year, I withdrew from the public, refraining from writing relationship tips as Wing Girl Kim and slowly withdrawing from people I already knew. Visiting my alma mater for my class’s 20th-year reunion seemed daunting at first. Because of this, I didn’t register. But the welcome back to New York by strangers, neighbors, building staff, family, and close friends provided enough courage to show up.

I decided to go on Saturday for an alum-author meet and greet and share the one book I managed to write.

A Glimpse Into Language Acquisition

A good night’s sleep is paramount to function with PTSD, especially when expected to hold intellectual conversations at Vassar College. But no matter how much sleep I get, there is a constant brain fog that feels like living in a dream. This fog lifted once when my thumb broke hitting a batting cage’s baseball.

I spent the night at my parents’ house within an hour’s drive from campus. In the morning, drinking coffee with my Korean parents speaking their native tongue, something unusual happened. I understood what they were saying.

My parents’ first child didn’t speak until he was 3. They spoke both English and Korean at that time so that their children could be bilingual. What they didn’t know then was that it’s normal for a child brought up in a bilingual household not to speak until later, since the child takes a while to decide which language to speak first. They were afraid my brother would have trouble in pre-school without speaking so they decided we would just speak English. None of their three children learned Korean at home because of this. To this day, none of us grown children know Korean.

But on this morning, I could understand. It wasn’t a word-for-word understanding, but a familiarity with the sounds. If only I could remember now what they were talking about.

I do remember one thing my mother said, which was about a friend of hers coming over to the house. The second time my mother said to my father that she was coming over, I repeated the words, uh-nun-deh. I was like a young child learning new phrases, not yet developed enough to understand its grammar but able to picture what was going to happen. And my mother smiled at me as if I were 3. It was as if my frontal lobes accessed a part of my brain that had subconsciously collected language data over the years. Could this be due to the new neural connections being built through the different therapies? Maybe I should work on learning more languages now. Perhaps there’s an idea here for the next iteration of Rosetta Stone. Hey, Rosetta Stone, I’m looking for a job.

At reunion, at first I was afraid of the “What are you doing now” questions. I’m writing a blog. And not making any money from it. How lame is that? I decided to talk about PTSD recovery. Besides the fact that PTSD is a part of me now, I also have a goal to share with as many people as possible so that maybe I can help someone else. I don’t think I helped anyone at reunion. Rather, I was the one to receive help.

You might be wondering why the list is ordered the way it is. I might have it out of order for my personality type, but it’s an example of how thought functions might be ordered from strongest to weakest function. And based on this list, one of my weaker functions is Extraverted feeling. In other words, I’m not very good with expressing my feelings outwardly when conflict is present. Instead, I tend to lash out or appear crazed.

The beauty of reunion was that it felt safe. No conflict was present. I didn’t turn inward because of fear or hurt. Since Extraverted intuition is my primary function, and the one that helps me feel energized, I stayed at reunion until my brain was too exhausted to find words. That was six hours, probably the most I’ve spent with a crowd of people in over a year.

The first event I attended was the author meet and greet. This was the event that I thought to at least take part in because it was an opportunity to make some income, which I sorely need. Though a few people asked me for relationship advice, most of my conversations with people were about PTSD, started by answering that common question in a way to expose my vulnerability while seeking connections. The conversations would go something like this:

Classmate: “What are you working on now?”

Me: “Well, I was diagnosed with PTSD early last year, and I moved to San Francisco to recover. I don’t have a job right now, but I’m keeping a blog about what PTSD is like.”

Classmate: “How did you get it?”

Me: “From 9-11, watching from my street in Brooklyn. Then I volunteered at the hospital. Then my apartment was contaminated by the dust and I got sick.”

I appreciated that my schoolmates didn’t hesitate to ask questions, maybe because of our familiarity. From these kinds of conversations, one person shared about her veteran husband’s struggle. Another talked about building a medical school curriculum with PTSD as a topic. Another brought over a doctor experienced with PTSD patients. Then another person came over, a psychiatrist who blogs on Psychology Today where he sometimes writes about PTSD.

The support was unexpected but very welcome. You can count on a group of well-educated liberal arts alumnae/i for being well-read from reliable sources on topics such as mental disorders. What a relief to not have to explain what PTSD is. Instead, I was able to simply mention my blog, and that was enough. Because of these intellectual hugs, I stayed at reunion longer than planned.

At another event, one of my classmates shared his 9-11 story. He was across the street from the twin towers and saw people falling. They jumped to their deaths from the upper floors to avoid the extreme heat from the firebomb airplanes. He also struggles with PTSD. He shared a line that I will probably use:

“I hear what you’re saying, but I’m slow on the intake.”

How true. It’s how I struggle with conversations. Jokes get missed, or stories are mistaken as jokes, because I’m slow on the intake. Thanks, brother.

Driving back to my parents was a struggle after six hours of concentrating as hard as possible to keep up with conversations. It became difficult to stay focused on the road. I’m glad I was not riding a motorcycle, or I might have crashed.