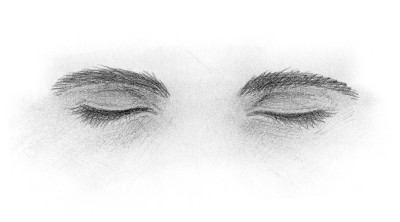 The rejection from the drug trial at the Veterans Hospital was disappointing to say the least. I was tired of being foggy-headed all the time, being irrationally irritable, and having trouble prioritizing and following instructions. And I wanted to be able to go back to work full-time without anxiety. Little did I know how TIPI would help, and better than a drug.

TIPI is a technique for the sensory identification of unconscious fears (Technique d’Identification des Peurs Inconscientes), developed by Luc Nicon of France. The key word is sensory. The theory is that when we experience unwilling loss of consciousness prenatally, the things we feel in our bodies become like maps that connect those sensations to the fear we have when consciousness is lost.

For example, say your umbilical cord had a knot. Whenever your mother made a movement that caused your little body to move away from the placenta, the knot might have tightened cutting off oxygen, which would then have caused you to lose consciousness. Accompanying sensations might include breathing cessation, the feeling of blood leaving your head, tingling, headache, or maybe tension. Losing consciousness is frightening. Because of this, the experience becomes “burned” into your brain, but forgotten.1 Later in life, these sensations accompany fears or emotional discomfort.

In practice, TIPI aims to allow those forgotten sensations to resolve. It’s like allowing fears from trauma to process and dissipate over time. Or like waiting for a burn to cool off and heal. Except that in TIPI, the resolution is quicker within a few minutes.

In spite of my brain’s struggle with PTSD, I signed up to become a TIPI practitioner, or guide. In our second day of training, we each had an opportunity to receive guidance through an emotional difficulty using TIPI. We had to choose a specific situation during which our emotions were stirred. I chose a moment at San Francisco International airport when I broke out in tears.

Because PTSD can cause a person to feel numb, I could not assign a word to describe what I was feeling at that moment in the airport. It wasn’t sadness. I was happy to return to New York. I was not melancholic, nor fearful. All I know is that seeing the transportation security officer triggered tears. In fact, walking through the airport, I was smiling. But I had tears streaming.

Fortunately, with TIPI, there is no need to know what exactly you feel. There is no intellectualizing the problem or describing what is going on. You need only a specific situation that can be relived and a quiet, safe place where you can close your eyes and practice the technique.

In the session, my classmate Karl had me close my eyes and relive that moment as if it were happening right then and there, but in my mind. After a few seconds, he said, “Now tell me what you are feeling in your body.” I felt pressure on my chest, my breathing stopped, and tingling in my hands. The sensations started changing after another second and the tingling moved up my arms. The pressure became tension in my shoulders but then disappeared. After those sensations were gone and I felt only the warmth of my hands, I opened my eyes and cried tears of relief. They were different tears.

From that session, I realized that these were the same sensations I felt while at Brooklyn Hospital answering the hotline on the night of 9-11. That night, after feeling helpless and drained, I started to feel inhibited. There was nothing more to say to people who called searching for those lost. This inhibition crossed over to other areas of life. Soon after, I was unable to open my mail before it piled up for months.

Today, I can recall the events of 9-11, including answering the hotline, and not well up with tears.

There is an image display of television stills in the neighborhood at The Internet Archive, a non-profit dedicated to archiving web pages. The stills are of TV stations’ broadcast all over the world on September 11, 2001. The first time I saw it, I just stared at it for a minute before carrying on. The second time, I cried. Then my therapist advised me to avoid any references to 9-11, so then I avoided the display. After the TIPI session, I passed by the display again and looked at it. It was as if the event was simply a piece of history. It no longer holds me down.

Whatever the theory, TIPI has worked for me. It is now 10 days after that TIPI session. It seems that it resolved the fear connected to my PTSD. Friends have been telling me I have changed. And I feel more like myself: No longer depressed, full of energy and ideas, and full of love.

1 Joseph LeDoux of New York University has referred to strong memories being “burned” into the brain’s synapses.

One Reply to “Technique d’identification des Peurs Inconscientes, aka TIPI”