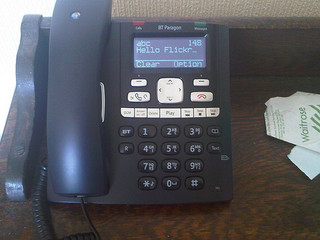 My therapist had advised me not to talk about the moment when I believe PTSD began to develop. He was afraid I would become re-traumatized. Since I’ve just been re-traumatized, now might be as good a time as never to write about what happened after the World Trade Center fell.

My reaction to witnessing the disaster that killed over 2,000 people within seconds wasn’t running away. It also wasn’t wanting to fight. Instead I volunteered at Brooklyn Hospital to help.

After directing other volunteers and providing counseling support to those who reached the hospital on foot across the Brooklyn Bridge, an administrator asked me to man the hotline. I felt honored that she recognized my ability and I returned to the hospital after a dinner break.

There were two tables set up with several phones, perhaps 8. In the beginning, picking up the phone was easy because of the desire to help. We were each given a list of all the patients who had checked in that day and told that everyone had checked out. We felt hopeful that someone calling would be matched with a patient. But that’s not what happened.

A Japanese woman called asking for names of her Japanese colleagues who worked in Tower 2. None of the names were on our list. Within an hour a Japanese man, the President of the company called. He listed over a dozen names. I could sense his desperation as I denied seeing each of their names on the roster. “I’m sorry,” I said, “but everyone who arrived at our hospital has already checked out. We only received minor injuries.” I have difficulty at this moment believing that I had answered both of their calls.

Eventually, after denying caller after caller, I came to a loss saying to my colleagues, “What are we supposed to say? There’s no way anyone survived,” and thinking about the implosions. I wanted so badly to give good news. Of the dozens of people I spoke to on the hotline that night, I still wish I could tell them how sorry I am for their loss and how badly I wished I could have given them good news.

The phone kept ringing through the night. I became reluctant to pick up but kept answering anyway. At about 5 a.m. when things quieted down, a hospital employee urged me to find a gurney to lie down on and rest.

About a year later, I worked at a bar a few blocks from Ground Zero where construction workers were working on repairing Tower 7. A man at the bar shared his story. There was a middle floor in Tower 2 where people had to transfer elevators and he along with a group of Japanese businesspeople were told by a Port Authority employee to return to their floors since it was Tower 1 that was hit. The man kept going down but the Japanese group listened and returned upstairs. Within minutes, the second plane crashed into Tower 2. That entire office was lost.

People say that I did help by being there to answer when callers were desperate for answers. What if they called and no one picked up?