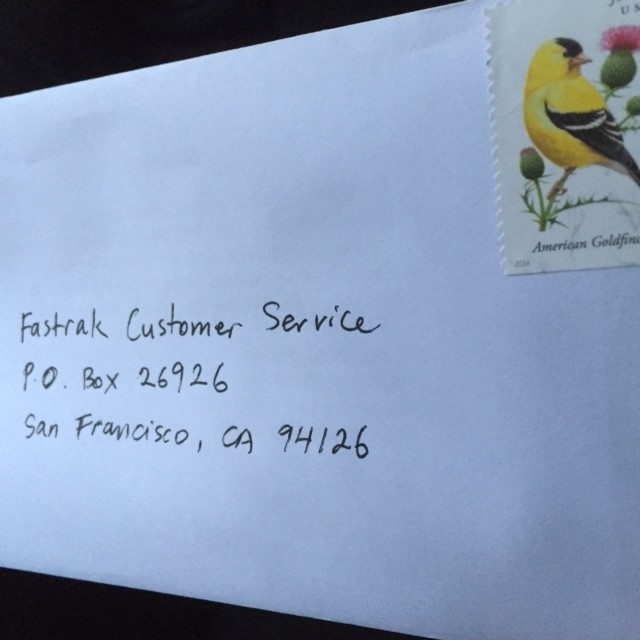 I’ve heard a lot of complaining since moving to San Francisco. Maybe it’s the people I’m around. But then, I’ve noticed that relatively few drivers wave “thank you” when their cars are let in front. Very few people look up and say a greeting when passing by. And just as few people seem willing to help. (Like that time my Ninja’s spark plugs got fouled, and I was in the street with inappropriate tools trying to change them. Twelve people walked by and two and a half hours passed before someone offered help; and he was homeless. In Brooklyn, not 5 minutes and three people would pass before a helping hand would reach out.) Today, a driver called me a bitch for squeezing into the lane I needed to be in even though I signaled, there was plenty of room, and I barely slowed him down before an already standing red light. That has never happened to me in New York City. It’s just not that big of a deal.

Since people around here seem to complain about the stupidest littlest things, I decided to do the opposite. I wrote this letter:

This morning I had the most excellent customer service experience with one of your representatives, Lance. He was the second representative I spoke to this morning. Unfortunately my call with the first representative was cut off, but that turned out to be fine. Frankly, what I heard sounded pretty negative. Nobody wants bad news.

For the second try, I got Lance. He was by contrast very positive.

My bank had changed my credit card without my knowledge. The address associated with it is in New York, and my roommate there inadvertently shredded the notice as well as the replacement card. Months passed before realizing the card could not be retrieved. Once I got a new card, I tried to call FasTrak customer service, but the lines were down. Nor would the website allow me to change my card information. My account closed.

Though the process of handling my notice of “toll evasion” and opening a new account was not different from other closed-account scenarios, Lance’s positive attitude, due diligence, and thoroughness in communicating the resolution made all the difference in the experience. One of his key acts that particularly helped was when asking if I could use the same toll tags that I already had. Instead of giving a quick “No,” he put me on hold saying he would ask, and then came back apologetically explaining the tags would become obsolete. That simple gesture of trying to get a different answer (even if he hadn’t done that at all) gave me a sense of trust – not to mention a little hope that the old tags wouldn’t become electronic waste.

Thank you for keeping Lance and other excellent customer service representatives employed and for continuing to improve.