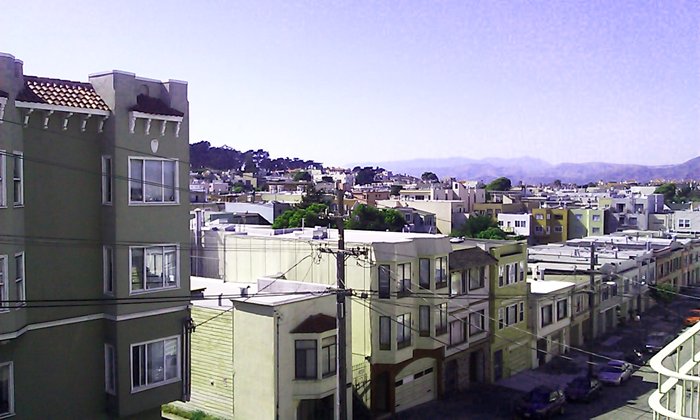 It’s a perfect day for riding. Temperatures in the high-70s, low-80s. The humidity is low, the sun is bright, and there are no clouds in the sky. But I did’t want to ride today.

They say that PTSD gets worse before it gets better. Since arriving in San Francisco, I haven’t wanted to take off on nice days. In fact, I mostly have ridden on foggy and colder days.

September 11, 2001 in New York City was a day much like today. Not a cloud in the sky, warm and sunny. I’ve been in this motorcycle-riding heaven of a town for nearly five months and though I’ve been aware of my sadness on nice days like today, it finally came to a head. I’ve felt depressed before on nice days. This depression got worse and today it got so bad, nothing helped but lying down. I tried prayer, on my knees and crying tears of frustration and asking for forgiveness. I spent time with my dog. I tried preparing a tasty lunch. I thought I was going to have a productive day when I woke up this morning. But after stepping outside into the perfect weather, life did not feel worth living.

The depression grew as morning became afternoon. Finally, after lunch and praying, i lied down to take a nap. But I couldn’t sleep. The sadness still grew.

Yesterday, I could not think clearly. I could not read simple things like menus. I was in no condition to ride. The last time I rode in this state, I almost went through a red light. My mind was exhausted and constantly elsewhere, not present. But at this moment I have clarity. There is hope again.

One Reply to “A Beautiful Day”